The Dopplers are coming, two if by sea!

Home   News   The Dopplers are coming, two if by sea!
Doppler

We are back in the office after a successful CES 2020. It was a great show, but boy are we tired.

Here is a quick video we took at the show:

We had a lot more video taken at the show this year, it’s really the best way to show the craziness that is CES. Here is a quick sizzle reel:

We had a 20x20 booth again this year but we redesigned it, while still keeping the same general look and feel. Here is a 360 video of our booth:

All the Doppler colors looked AMAZING and we couldn't be happier with all of them. Here are some more pictures of the Doppler at CES 2020: 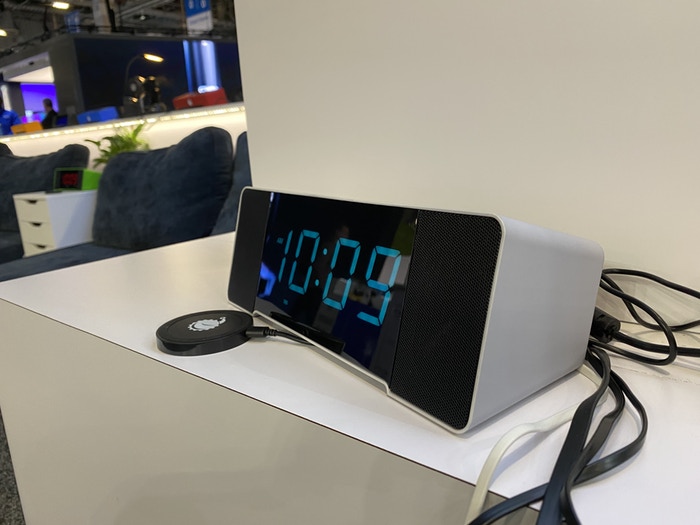 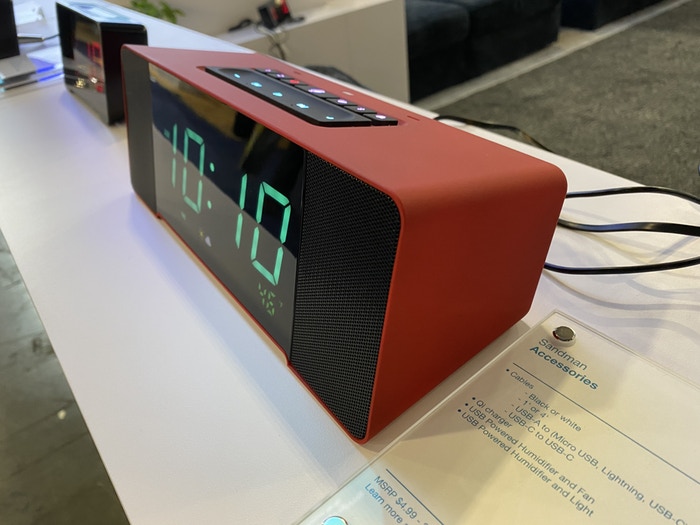 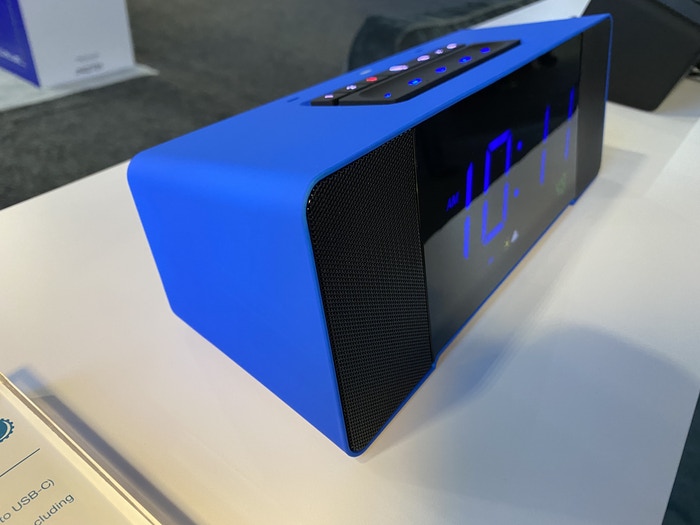 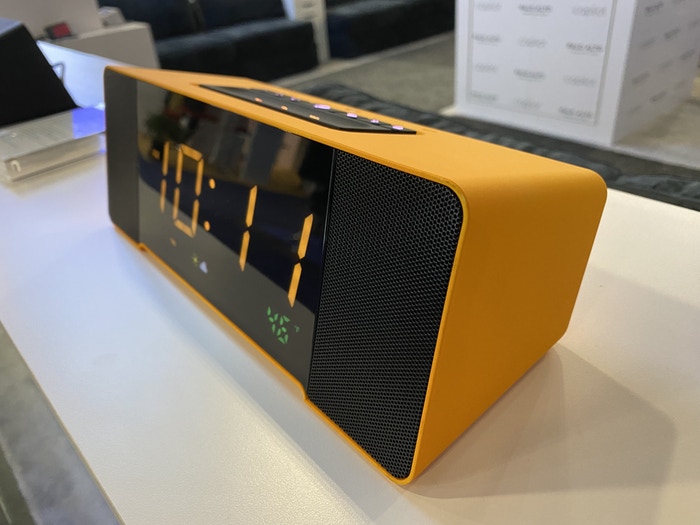 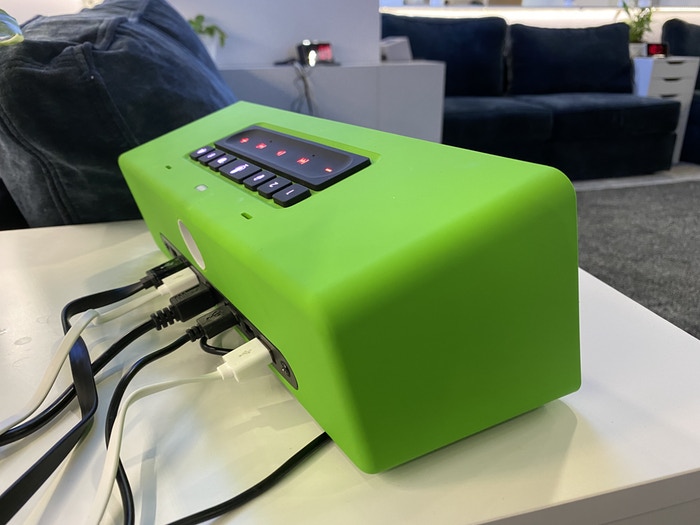 The Wi-Fi at the show was exceptionally bad this year, but when we could get a good internet connection, the Doppler worked great! Luckily, CES is literally the worst place in the world for a Wi-Fi device to work and it still worked most of the time, so we are confident it will work well next to your nightstand.

We met with many potential distributors, retailers, and partners that all loved the Doppler. It truly was the star of the show!

Although the biggest person we met was none other than 7 foot 1-inch basketball legend Shaq! He stopped by the booth and gave us our first celebrity endorsement! When told about the Doppler’s 6 USB port he tapped the Doppler and said, “I like this”! 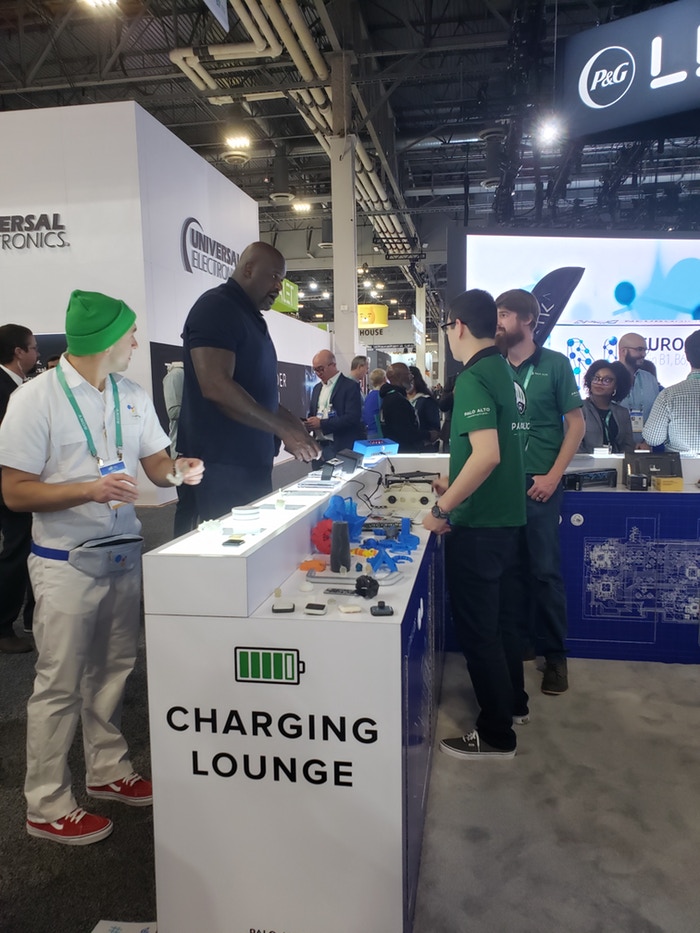 Our CEO, Alex, was doing an interview with our friends at the Podfeet podcast when Shaq stopped by. The entire interview is great especially when Shaq shows up, you should check it out.

As is now tradition our booth was a charging lounge so attendees could take a break on our comfy couches and charge up their phones using our products. Well some of them got too comfortable and now must be shamed publicly! 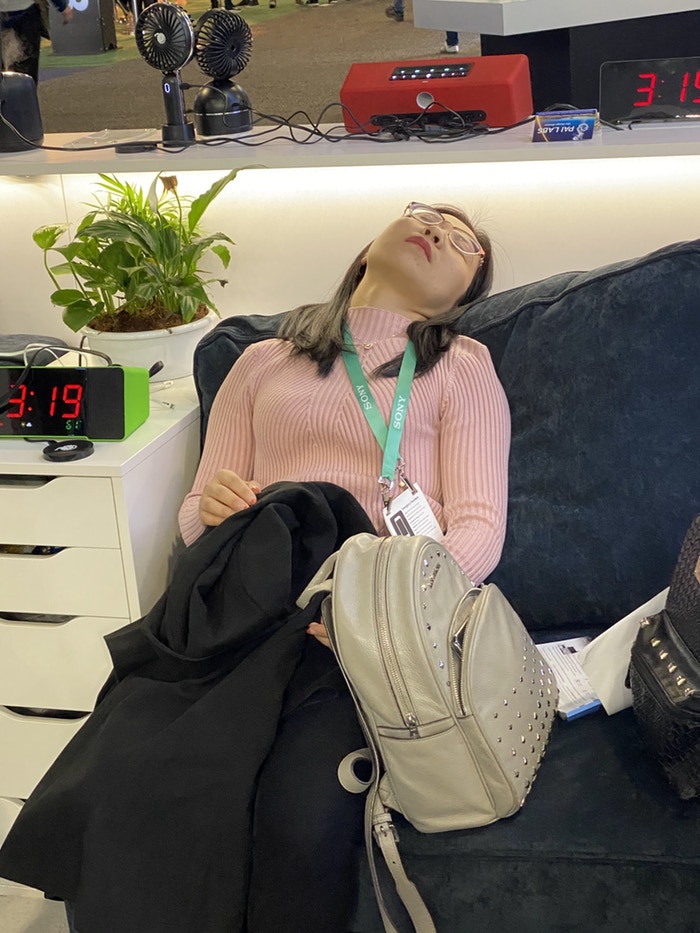 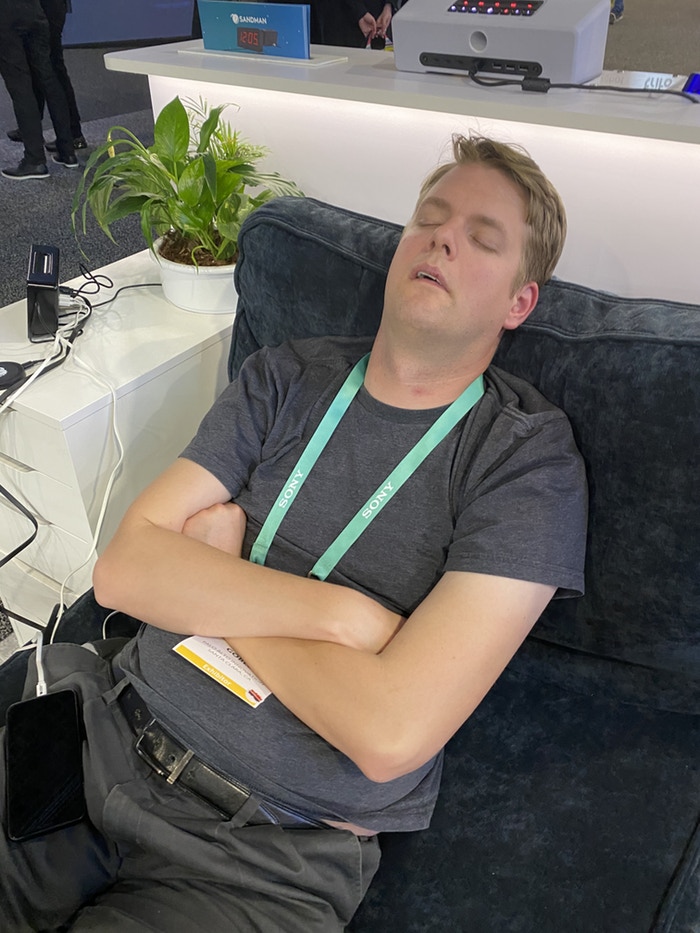 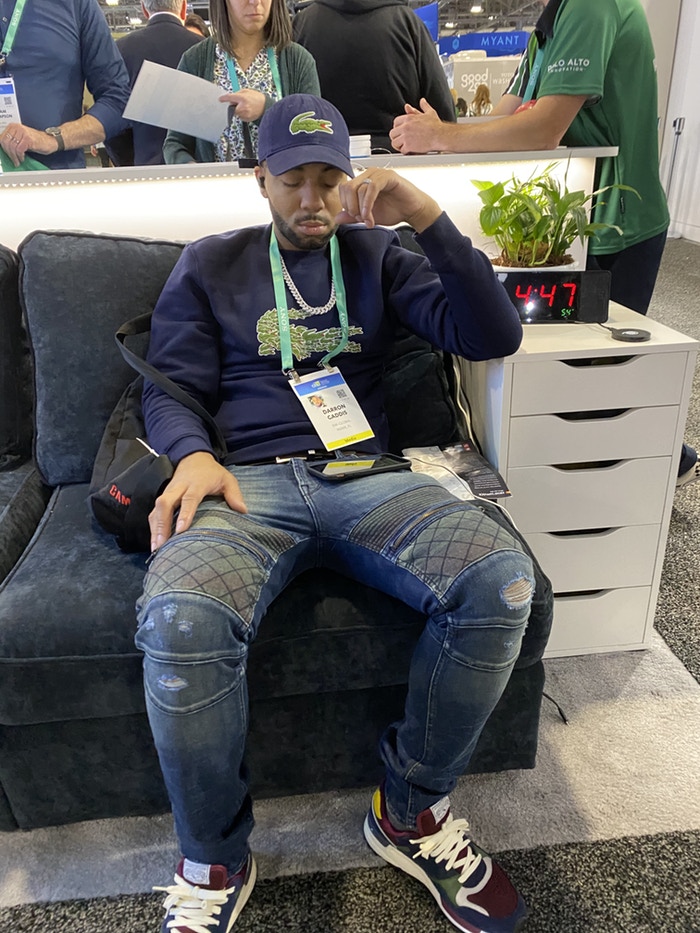 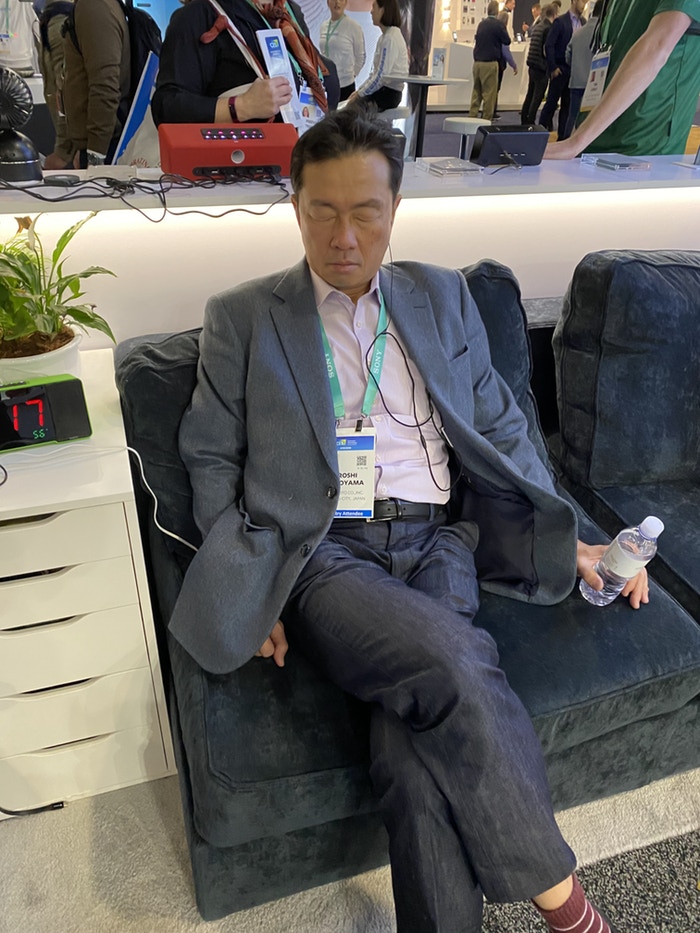 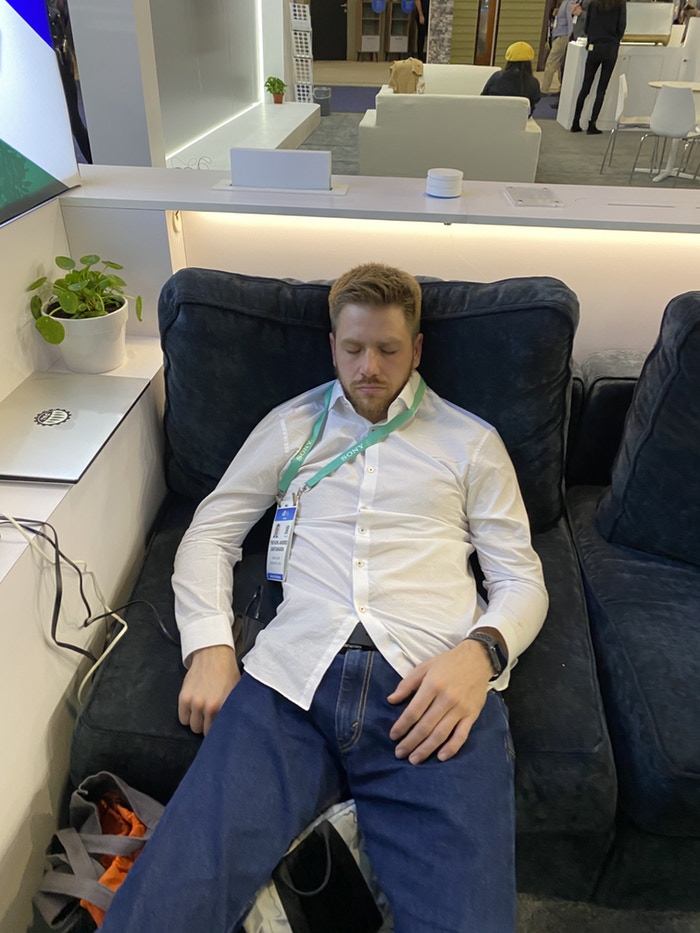 Thanks to everyone on the CES PAI team 2020 for helping us with a very successful show! 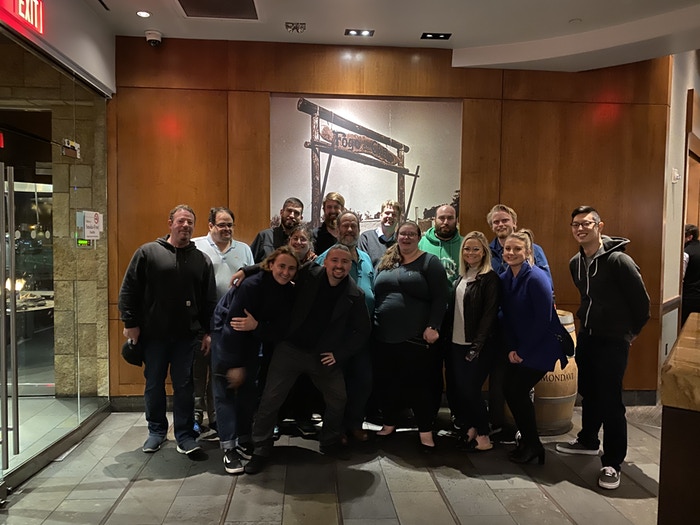 Once we got back from CES we went back to work on the Doppler.

The iOS bug we mentioned in the previous update has been found and fixed and we are working on the final QA for the iOS Doppler app now. Once the app is properly tested, we will then start shipping out Beta units to our Beta testers (finally). Beta testers, keep your eyes peeled for the email!

Things are going well overseas and we are about halfway through the production run. Here are some pictures of the Doppler in production: 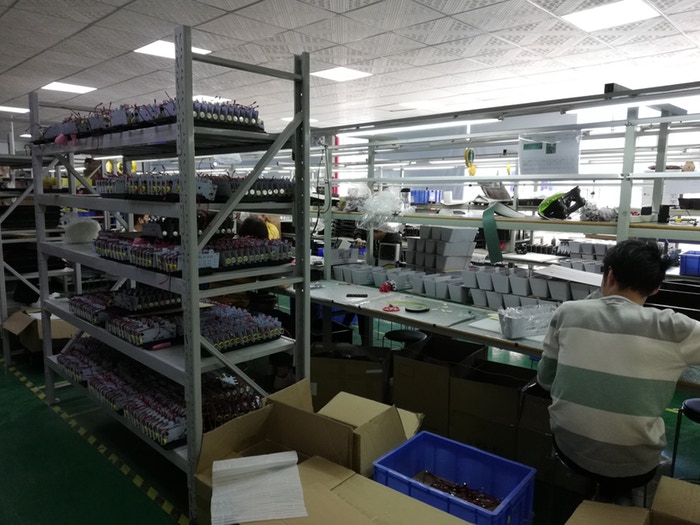 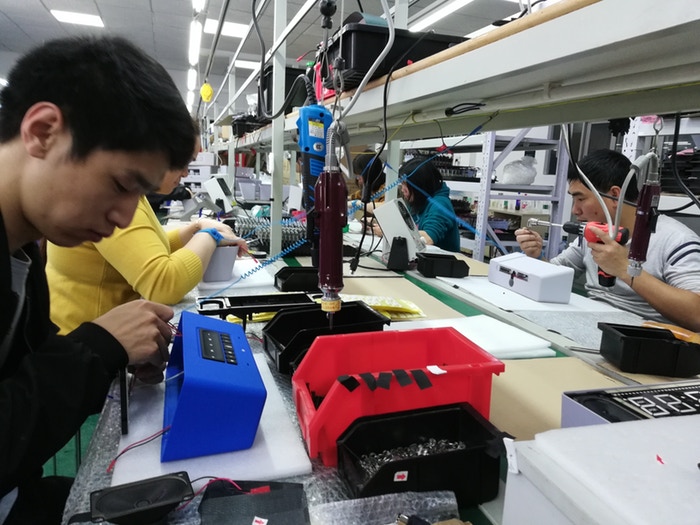 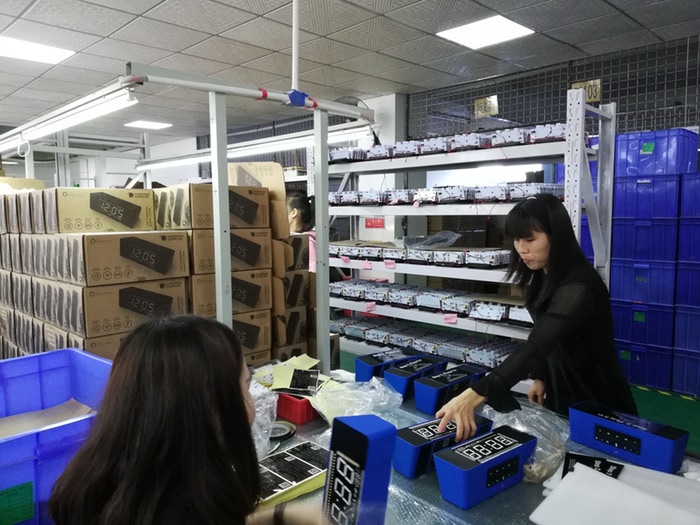 Putting the window on the Doppler 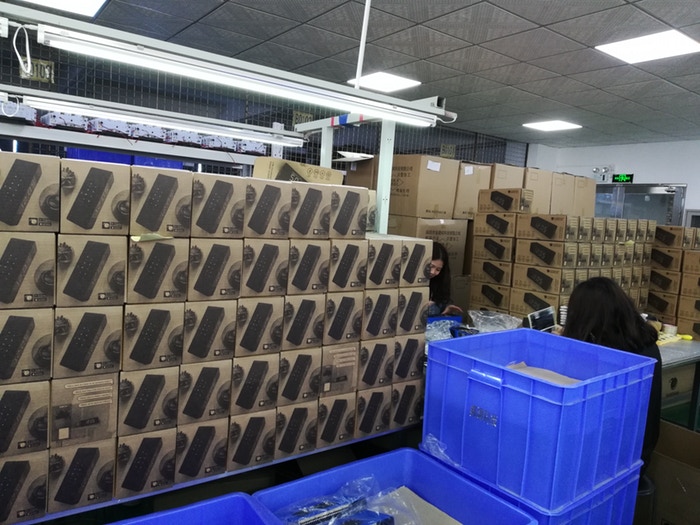 That's a lot of Dopplers!

As we mentioned in our last update we were aiming for 2000 Dopplers to be finished before CNY so we can start fulfilling pre-orders. Well, here they are! 2000 Dopplers ready to leave our factory en route to the ship! 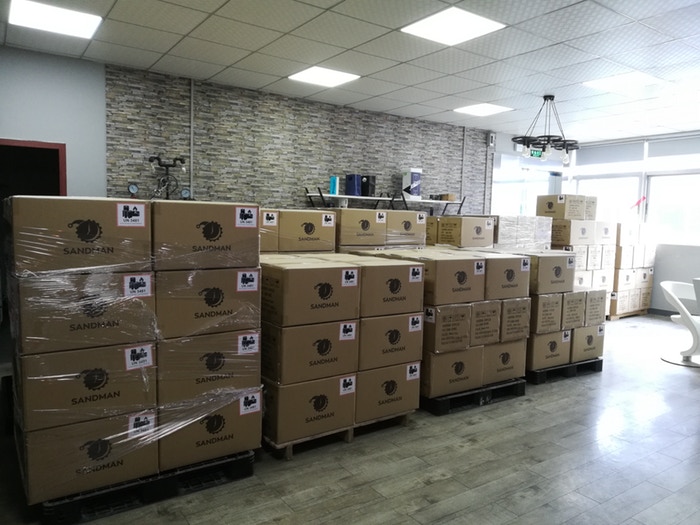 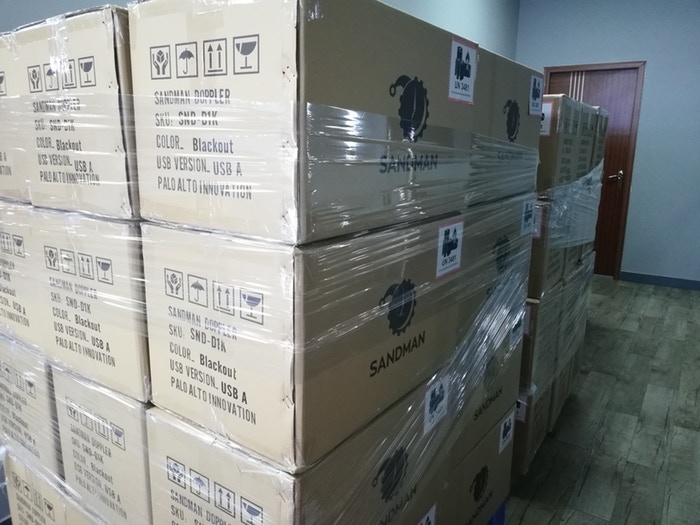 From here, the Dopplers will go through Chinese customs clearance before being loaded into a 20-foot container and put on a boat to Oakland. Once the boat arrives in Oakland, the container will be unloaded and go through US customs and then onto a truck to our office in Santa Clara!

As we mentioned in our previous update the process can take quite a few weeks, around 3-4 usually. Apparently, we aren’t the only ones trying to get things onto the boats before Chinese New Year and we are told that the port is very busy. Hopefully, we make the last boat before the holiday and the entire country shuts down for a couple of weeks.

During the Chinese New Year Holiday, we will be hard at work doing QA on the app and working on sending out Beta units. We will also be preparing for the production units that will arrive in just a few short weeks.

This has been a long journey and we are reaching the end. We can’t thank you all enough for sticking with us!

Thanks again, you guys are the best!