Strap in for another informative Kickstarter update!

In this update we will discuss schedule, display updates, our new light sensor, and colors!

First off, let’s talk about timeline and missed deadlines. Yes, we are aware we have missed deadlines, quite a few of them. We are sure you aren’t happy about it and we aren’t either. We want to continue being transparent and explain how and why these missed deadlines happen. Whenever we publish a schedule we try and get buy in and agreement from all parties involved, and yes there are a lot of different people involved in the Doppler at this point. Sometimes some of these parties (including us) slip with their delivery dates, sometimes other things happen which are nobody’s fault. So what has happened in the last couple of months to delay the Doppler further? It’s been a combination of a bunch of things, but the main issue we have been running into is supplier issues around our electronic parts. This is not an uncommon problem and is made worse due to the size of our orders and the fact that we aren’t a household name (yet!). Purchasing large volumes of electronic components isn’t as easy as it should be and it’s a complex and convoluted mess of manufacturers, suppliers, distributors, and way too many salespeople. A lot of the slowdown at the moment is due to the escalating trade war between the US and China causing a lot of confusion and uncertainty on the best way to do things. Because we aren’t ordering as many parts as larger companies we tend to get assigned the junior salespeople that are just learning the business or ignored in general for a week or two until they decide to do their jobs and try and take our money and give us the parts we need. Hopefully, you can tell, we are getting a little frustrated about this, but it’s part of the process and we will continue to fight through things and get everything in order so you can receive your Doppler.

So, what still needs to be done and when will that happen? We are working on our final board revision and our final tool changes (more on those below) before our beta run. We expect these boards to be made and tested in around 3 weeks and the tool mods should take around the same time. At that point we will hit the GO button on the 200 unit beta test. We are estimating that it will take 3-4 weeks to get all the betas built up. We will also be flying to our factory in China to oversee this beta build and make sure everything is functioning properly. So, assuming nothing else slips we are looking at around 7 weeks until the beta units are built. At that point, we will ship all the beta units to our office in the states and then off to our beta testers. We hope this schedule stays on track, but we will let you know if things change.

While the Beta testers are doing their thing and giving us their feedback on the product we will be preparing for the initial production run of 5,000 Dopplers which we estimate will start about 4 weeks after the Beta run ends. We anticipate the initial production run to take 3-4 weeks to make all your Dopplers, and then we will ship the Doppler via a boat which takes around 3 weeks. Once it arrives in our office we will forward them on to you!

These timelines are all best case scenario and all we can do is hope everything goes according to plan and then work hard if something goes wrong. Since we can’t predict the delays that will happen we are hoping to adhere as close to this schedule as possible and will let you know if things slip. As always, we are sorry on these delays, but the Doppler is so darn close to getting in your hands! Thanks for continuing to be patient and sticking with us, you’ll end up with an awesome product you’ll love!

As we mentioned in a previous update we weren’t happy with how the display of the Doppler looked. There were a couple issues that we wanted to improve before we even think about shipping the product. Well, we are happy to show some improvements we have made on the display front. 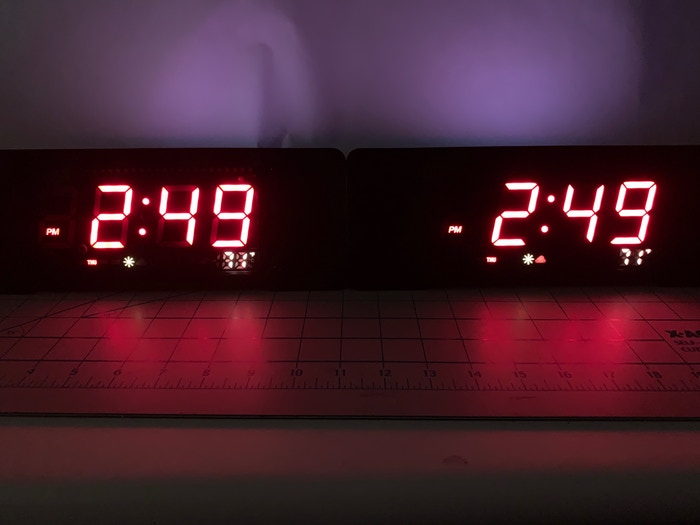 Old display on the left, new on the right. Hopefully that was obvious!

These changes are most noticeable at night and in particular around the temperature area of the dashboard. These improvements were made by a couple of techniques. Here is a closeup view 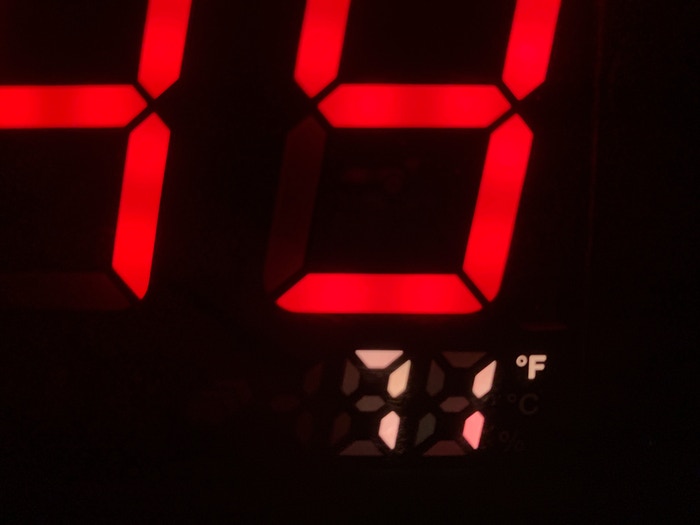 The weather area before improvements 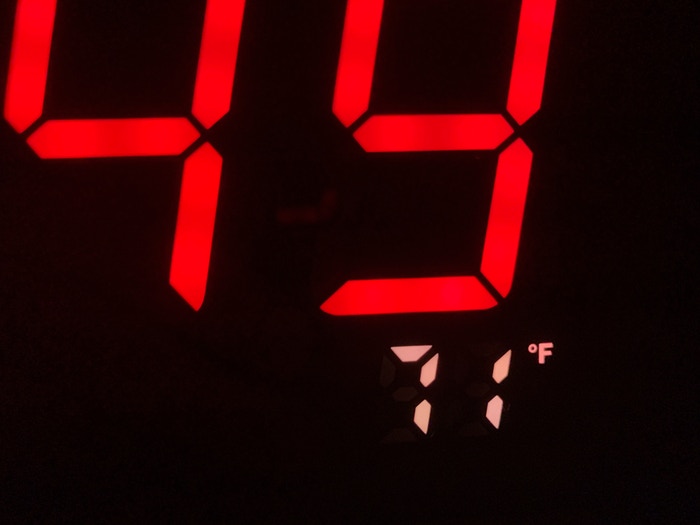 The weather area after improvements

Currently we have only ever made Black Dopplers, but that will change as many of you have wanted Dopplers in different colors. Choosing the color of a product isn’t as easy as just saying “Make a Red Doppler”. How do you know that what you picture as red is the same as everyone else? The best way to solve this is by using what’s called a Pantone color. Pantone is a company that specializes in colors and they aim to solve this issue. Here is a quick video inside their factory. In preparation for the production run of Dopplers, we finalized the 7 colors (black, gray, blue, red, orange, pink) that we want the Doppler to come in by selecting Pantone colors for each color. 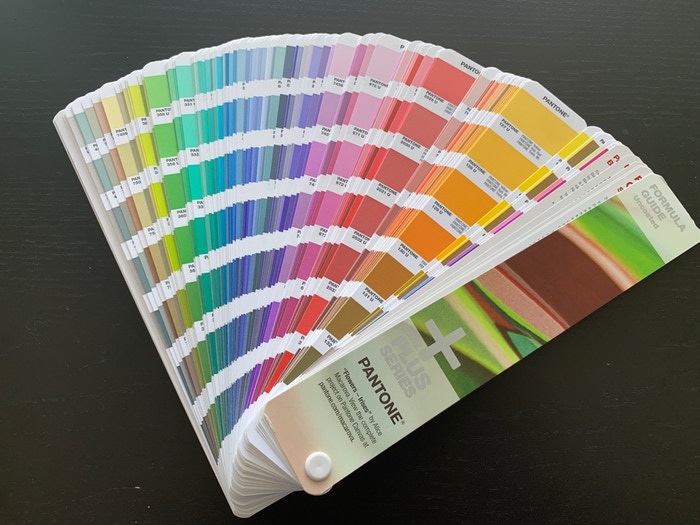 This is one of our Pantone books, there are a lot of choices of colors!

Once these colors were selected we sent these colors over to our Chinese team who made color samples or chips of each color with the proper soft touch coating. This is not an easy process as it requires mixing the paint and checking it against the Pantone color. The soft touch coating is almost perfectly clear, but it does alter the color slightly which makes this process harder than usual. We are very happy with 5 of the 6 colors. The red color chip isn’t quite what we were hoping for, so we will make a new sample before a red Doppler is made to make sure it’s perfect. 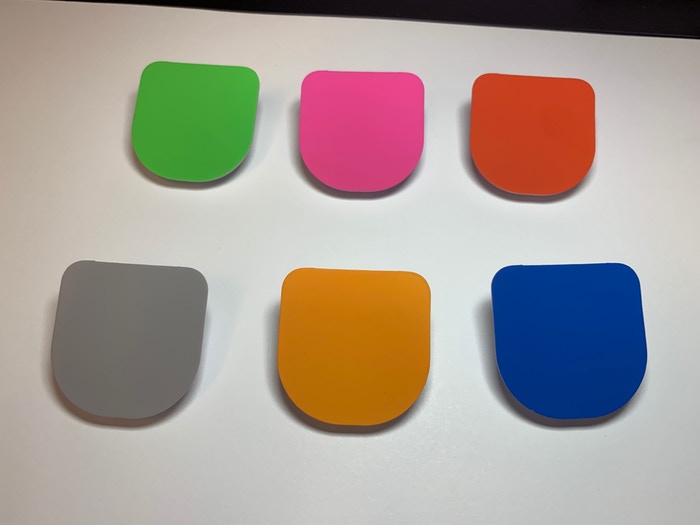 The 6 color samples from our factory. These will look different in person than on your screen.

As you probably know, we have had a couple major parts of the Doppler disappear on us for various reasons, so this time we did everything we could to plan ahead. About 6 months ago, we noticed that the particular light sensor we had chosen was beginning to disappear from major online distributors like Digikey. We liked this particular light sensor for its size, features and price. Even though the manufacturer assured up this part would be widely available we have seen situations like this before and we decided to form a contingency plan and find a replacement light sensor just in case the current one was no longer available. Our electrical engineering team decided to design our boards with 2 different light sensor pads on a single board and then we would put whichever light sensor we could get onto the boards. When we tried to order our first 5,000 light sensors a month ago we were told that that light sensor we liked had been discontinued or become “end of life” as it’s known in the industry. Thankfully we had this contingency plan in place already and had the different sensor designed on our board, so we swapped out the sensors, and rewrote some firmware for our microprocessor to use the new sensor. This could have been a pretty major issue, crisis averted. 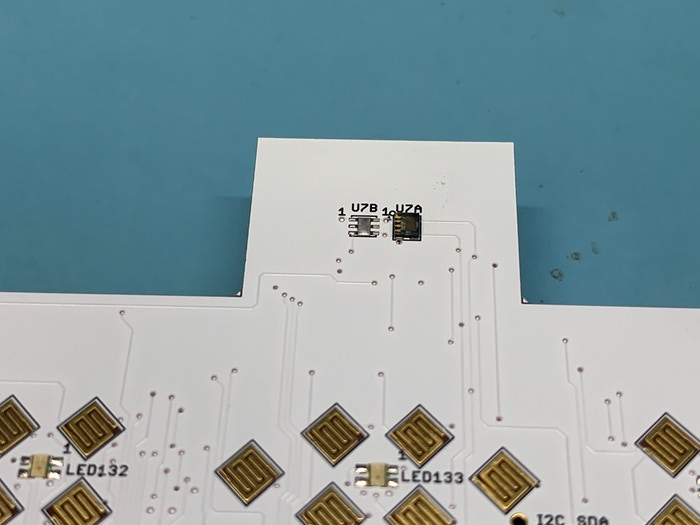 The light sensor area of the button board 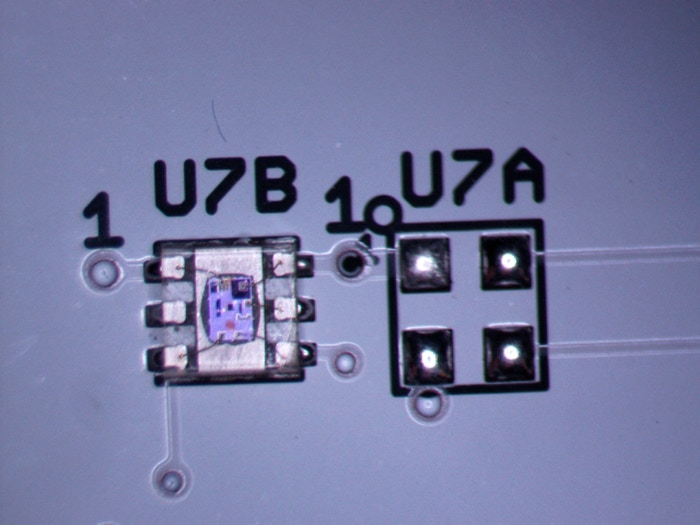 A closeup of the recently end of life light sensor, and the empty spot for the replacement. 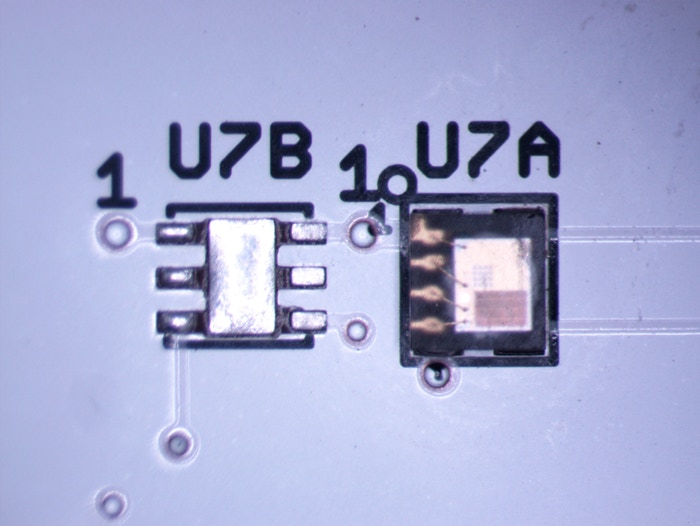 Our new light sensor with the old one removed

As mentioned earlier in the update we also have made a new revision of the board design. This is not a major revision and the majority of changes that were made were very minor housekeeping type of changes to increase manufacturability, yield and to decrease cost. Since we have a board design that works we have been able to take home and test the Doppler in its native habitat, the bedroom, when we did that we noticed one major issue. The Doppler doesn’t get as dim as we want it at night. One of our favorite features of the Sandman is how dim the display got at night, sometimes so dark you could only tell it was on after your eyes had dark adapted. Since we have had a Doppler in a trade show or office setting and we were still tweaking the mechanical we hadn’t noticed this issue until now. The majority of this board change is allowing us to dim the LEDs down further than we could before. All the parts are ordered for this final board revision before we go to beta. We will share an update with you all when these boards are working and tested! We aim to have the update in 3 weeks or so.

Thanks again for sticking through this process with us, everyone is going to end up with a fantastic product that you will love! As always if you ever have comments or questions please shoot us an email at support@paloaltoinnovation.com or comment here. We do our best to always respond within 1 business day.