It's been a couple weeks since our last update, a lot has happened, and we wanted to fill you in!

Thanks again to everyone who filled out the backerkit surveys so promptly!

You'll be able to get any additional add-ons you'd like (Doppler, Shirts, Original Sandman and cables) for the next couple months until the Doppler ships. 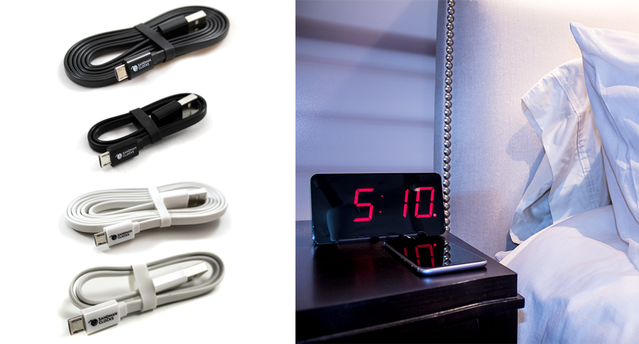 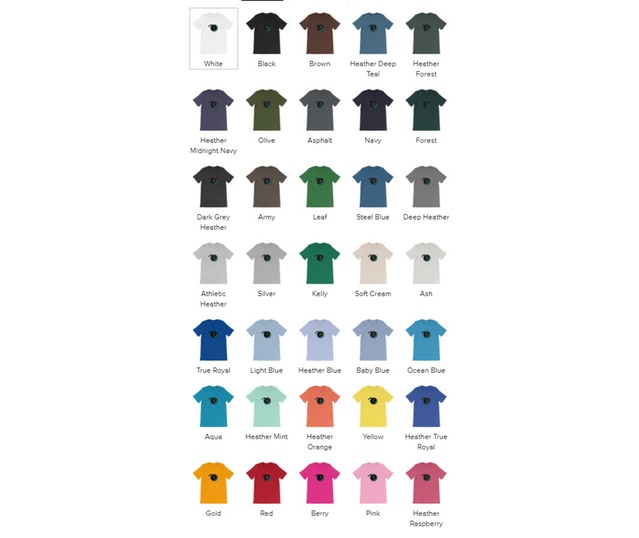 Check out all of the shirt colors!

Also if you need to change or edit your order or address the same link will work up until we "lock down" before shipping (the current schedule is Q2 2018). If you have already done this, you're all set until the Doppler ships. 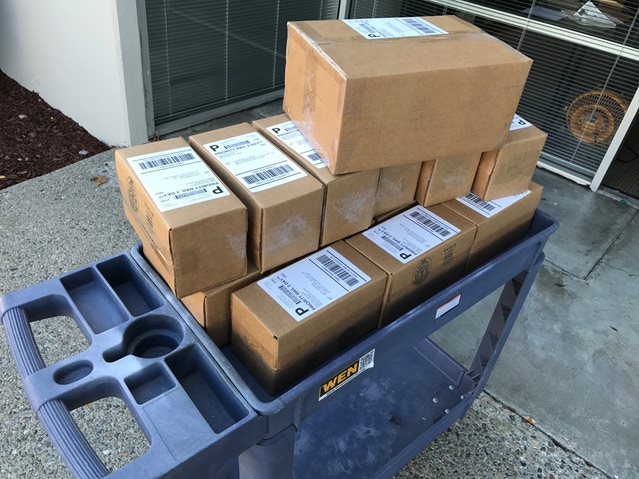 Some orders going out to the truck

As of now, we have sent out all shirts, cable, and original Sandmen to all that have been ordered.

If you feel like you have been missed or are having troubles, message us here on Kickstarter or send us an email at support@paloaltoinnovation.com

Now, onto the actual product! 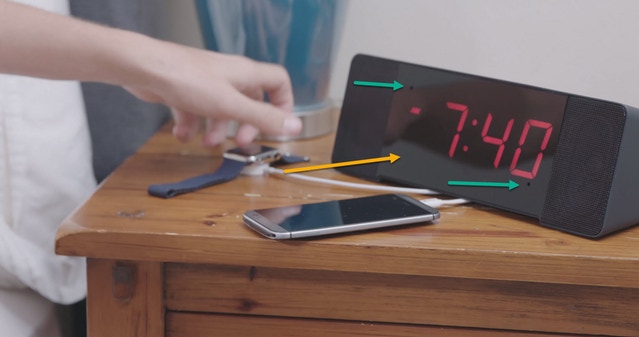 We were planning for the final version of the Doppler to have smaller microphone holes on the front and the Light sensor is totally hidden behind the tinted front plastic. After some testing and more engineering, we are considering moving both the sensor and the microphones to the top of the unit. 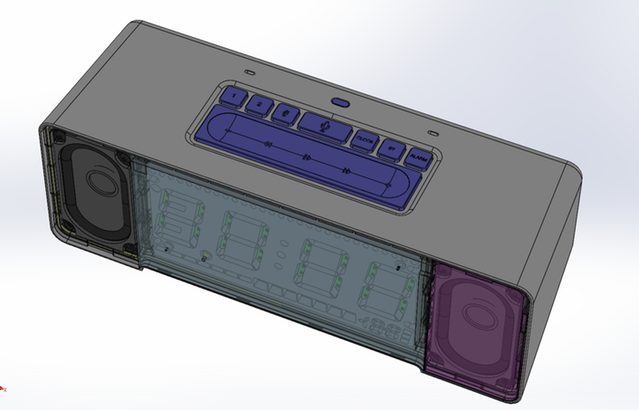 We are still testing to see if the microphone will be able to "hear" better on the top, but the light sensor will certainly have an easier time "seeing" how bright the room is on the top of the product as it won't be behind the tinted plastic front which effectively acted like sunglasses. The original Sandman had it's light sensor behind the front glass in the lower left corner, and it worked well. We are confident that moving the light sensor to the top will result in an even better product. 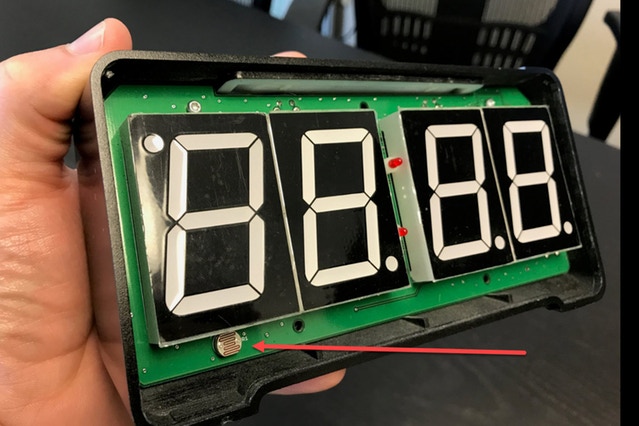 We are also happy with the way the new top of the product looks, with the new microphone and light sensor, or with just the light sensor and with the microphones on the front still. It all depends on the testing we are doing now. 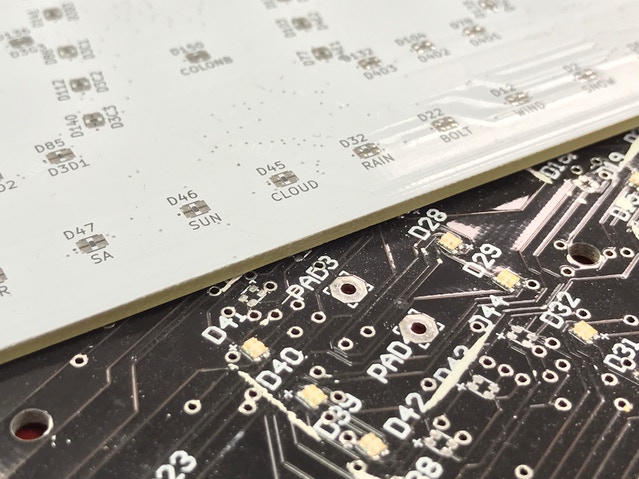 One of the things we love about the Sandman is the type of display it uses. It's not an LCD like most alarm clocks that emit lots of light into the room due to its backlight even at their dimmest setting. The Sandman uses large 1.8" 7-segment displays that will dim all the way down to nothing and emit no light into the room. The Doppler takes the same general principle from the original Sandman but kicks it up to the next level. We are currently testing two different solutions and are confident both will deliver a great product; we want to make sure we get the best possible solution. 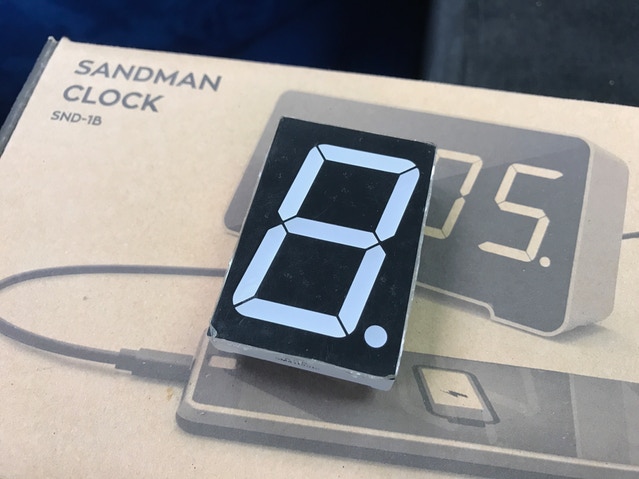 The way the prototype shown in the video was made was using 164 tiny LEDs. These LEDs are very small, around 2 mm x 2mm and actually have three "lights" in them, a red one, a green one and a blue one. Mixing these colors together and you can get any color you want. These LEDs need a "driver chip" in order to control them an supply power to them to utilize them in the Doppler. Due to the number of LEDs, we have to have a slew of driver chips to make the Doppler function. We are very happy with this solution, but we wanted to make sure we give you guys the best possible product so we had to try out another solution. 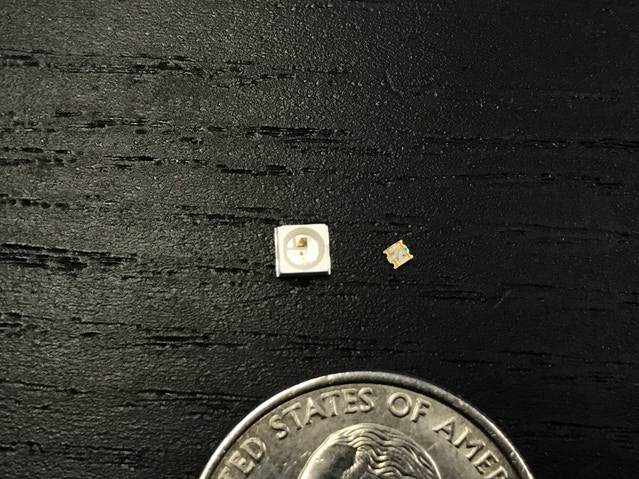 Neopixel on left, LED on right. Quarter for scale.

Thanks to the popularity of things like LED light strips LEDs with built-in drivers have become more and more popular. These are popularly known as "neopixels" and they are tiny 3.5mm x 3.5mm chips with 3 LEDs and the driver built into them. Another advantage of neopixels is you can daisy chain them together to make the board design a little simpler since there is no need for drivers. The downside to the neopixels is they are significantly more expensive than the LED's and we haven't tested the solution. So what's the plan? Since we have already built and tested the LED solution, our next revision of the circuit boards will be using neopixels. We will report back which solution works better, but both solutions should be functionally and visually identical to you, the user.

So what's the plan? Since we have already built and tested the LED solution, our next revision of the circuit boards will be using neopixels. We will report back which solution works better, but both solutions should be functionally and visually identical to you, the user.

For the last couple months, our software guys have been writing code for a service called AVS or Alexa Voice Services. AVS is the service that allows the Doppler (and other devices) to integrate with Amazon's Alexa. The solution Amazon recommended used "interpreted" programming languages such as Python and Java to integrate AVS into devices.

Our engineers tested out some of these devices and we weren't happy with the speed of the Alexa integration and felt like it took a little bit too long for Alexa to respond to your requests and wanted a more elegant native solution for the Doppler. To do this our team wrote our own Alexa protocol to communicate with AVS using C++, a native (non-interpreted) language. We did get it working fairly well and we were very happy with the speed, efficiency, and elegance of our new native solution.

This Kickstarter closed on August 16th at 9 pm. 12 hours later, at 9 am on the 17th we got an email that Amazon had announced and released a new Alexa Device SDK (software development kit). This SDK effectively replaced our homegrown C++ solution and did it better than we ever could. We have spent the last couple weeks digging into the SDK and learning all of the things that it can do. We can now confidently say the new SDK is fantastic and we will end up with a more elegant and faster solution than we could have ever hoped. Another advantage of the new SDK is that a lot of the little nuances of the Alexa experience that Amazon has done such a great job with will be brought over to the Doppler. These are things like the volume of the music lowering when you say Alexa and what happens when an alarm goes off. Thanks to Amazon for making this SDK, it's going to greatly help with development!

Palo Alto Innovation will be at the Consumer Electronics Show in Las Vegas! The dates of the show this year: January 9th-12th 2018 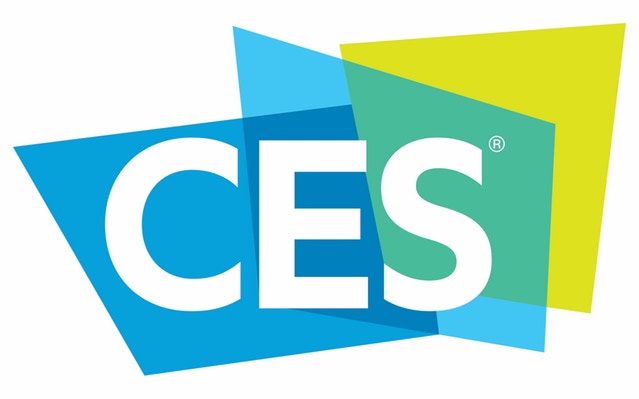 CES is the biggest tradeshow of the year and it's absolutely huge. Last year 180,000 people flocked to 4 different convention centers around the city to check out over 4,000 different exhibiting companies. If you haven't been, we highly recommend it. Pro tip: wear VERY comfortable shoes.

We exhibited at CES a couple years back, but this year we are exhibiting upstairs at the Sands convention center and while it will be very tiring, I'm sure it will be a blast!

If you're at the show come say hi and check out the progress on the Doppler!

Our booth is #: 42757 and we will be in the Smart Home category in "Tech west", upstairs at the Sands. We will send out a map in the next couple months. 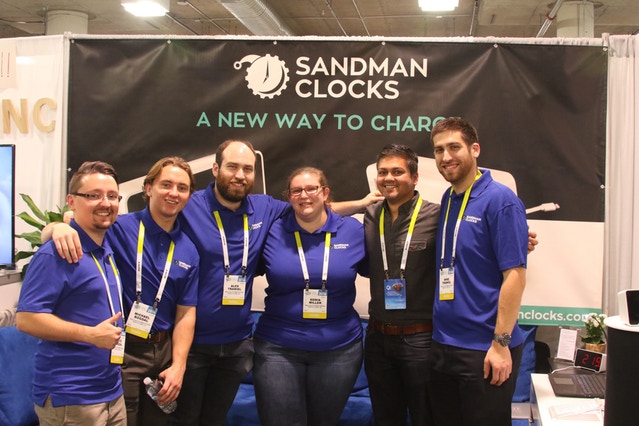 Last time we were at CES

Thanks for reading and let us know if you have any questions.

Stay tuned for our next update where we will discuss speaker testing, UX development, a color update and the Doppalator!