We have been very busy for a couple weeks working hard on a lot of different things and wanted to take a quick second to poke our head up, breathe, and update our amazing supporters.

To start off, we have had another pretty major setback, which we will outline in detail below. Sadly, this setback has forced us to adjust our schedule again. The previous schedule was for beta units to ship in August and production units to ship in October. We will explain in detail what happened and why in this update, but as for a new schedule, we are working with our manufacturing team overseas on an updated schedule. So for now, we don't have a new schedule for the release of the Doppler. We anticipate it might be a couple month or more delay. We are working on an updated schedule and will announce it as soon as we can.

We obviously realize that another setback isn't what you want to hear about, but let us explain what happened and what we are doing about it. 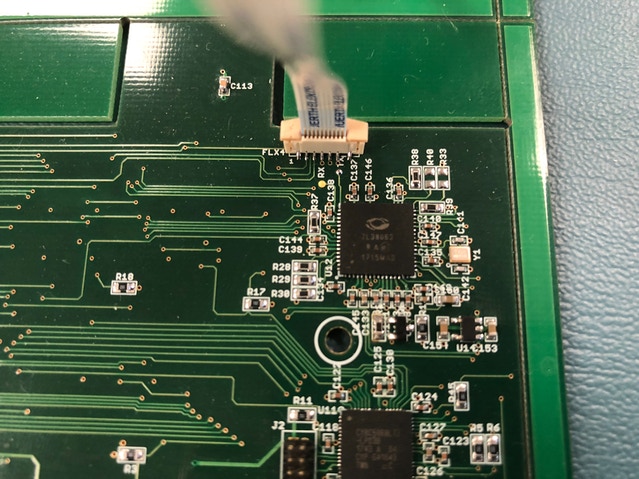 The current DSP on our current boards

The problem part is our digital signal processor, or DSP for short, which is a chip on our main circuit board that takes the digital input from the microphones and cleans them up allowing voice control to work well. The DSP is also responsible for something called acoustic echo cancellation or AEC which will take the input from the microphones and removes the sound of what is playing from the speakers in order to send a clear signal to the Doppler's internal computer allowing for improved voice interaction. So what does that mean exactly? If you are playing music with your Doppler and you want to ask Alexa a question while music is playing, normally the microphones would just pick up the music that is playing and the Doppler wouldn't be able to hear your voice well or at all. That's where the DSP and EAC come in and analyzes the current output of the speakers and in real time removes the sound of the music to leave only your voice so the Doppler can properly listen to you. 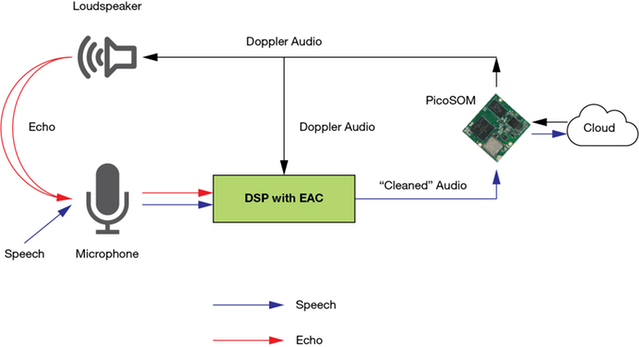 Amazon had made our job a little bit easier and recommended a couple DSP solutions for us to use and try out. We bought a bunch of different development kits and around the time the Kickstarter ended (around a year ago) we were deep into engineering the DSP, testing different solutions, and architecting how it was going to work with Doppler. After testing about 6 different solutions using development and evaluation kits we ended up choosing the Timberwolf created by a company called Microsemi. We were confident that the Timberwolf solution would work great for the Doppler as it was Amazon recommended and came from a huge and stable company like Microsemi. We bought some more development kits and tested the solution extensively and were happy with the performance and decided to put the DSP on our boards. We didn't manage to get the Timberwolf running before CES so we were using a DSP-less solution for the show. Everything worked, but not well due to the lack of DSP. Since there was no EAC frequently we found ourselves yelling at the prototype to listen to us if the music was too loud. This was to be expected because Alexa was just hearing the music, not us due to lack of EAC. When we got back from CES we started working with the Chip Pro team on driver support for the Microsemi and then… well, we all know how that ended. 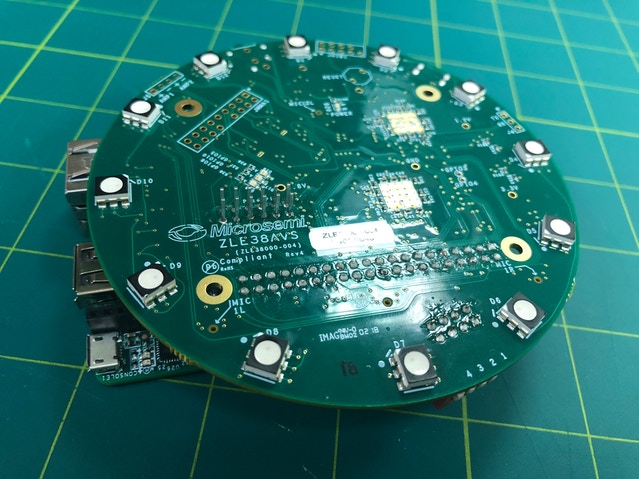 Well while we were working on finding a Chip Pro replacement last spring we heard that another electronics company, MicroChip, was looking to buy Microsemi. MicroChip is a well-known company to us and we have bought lots of parts from them before so we were actually excited about the transition as MicroChip is known for supporting their products very well. You can read about the sale of Microsemi here. Fast forward a couple months and we were working closely with members of the Timberwolf team and it looked like we were very close to getting the DSP to work with the PicoSom. Around the middle of August, we suddenly found out that MicroChip decided to layoff a major part of the Timberwolf team and they no longer had anyone on their team capable of supporting us with getting the drivers working.

We were stunned and reached out to anyone and everyone we could think of to ask them for help. Sadly, nobody could help us and we were basically told, sorry, we aren't able to support you at this time. You can try and finish the work on your own or switch suppliers. We looked into finishing all the work ourselves, but it's a terrible idea to design your product's entire audio system around a product that is no longer supported by the manufacturer.

This is the second time very bad luck has hit us and we aren't happy about it at all. If you aren't familiar with the first time, you can read about it here. While having these setbacks have been time-consuming and VERY frustrating we aren't giving up and are continuing to charge forward with a new DSP solution.

Speaking of the new solution, thanks to our previous research and Amazon's recommended DSP solutions there were only a couple DSP options that were viable for our solution. One of the DSP chips we had previously looked into using actually had released a new development kit using a PicoSom very similar to the one we had chosen to move to! This was a breath of fresh air because we knew that the solution would work. To make matters even better we actually had all the parts in house to cobble together our own homegrown version of their development kit and test out the DSP using the PicoSom. 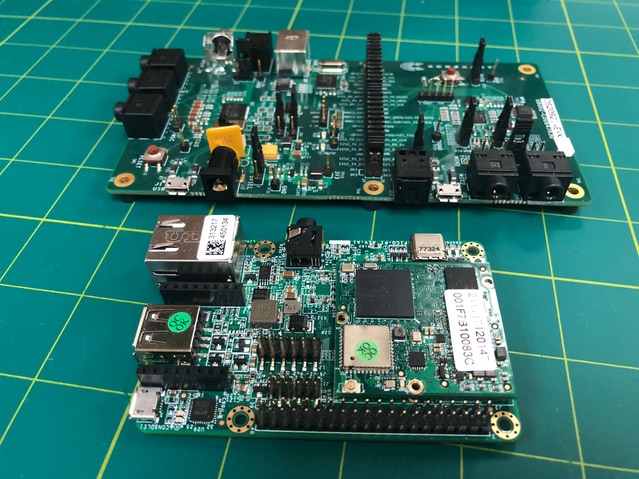 A couple of late nights later we hacked together a working version of the Doppler software running on the evaluation boards. We then took our newest revision of boards and bypassed the DSP and got the new boards (at least the lights, buttons, and light sensor) working with the evaluation kits. This was our proof of concept that the new DSP would work! 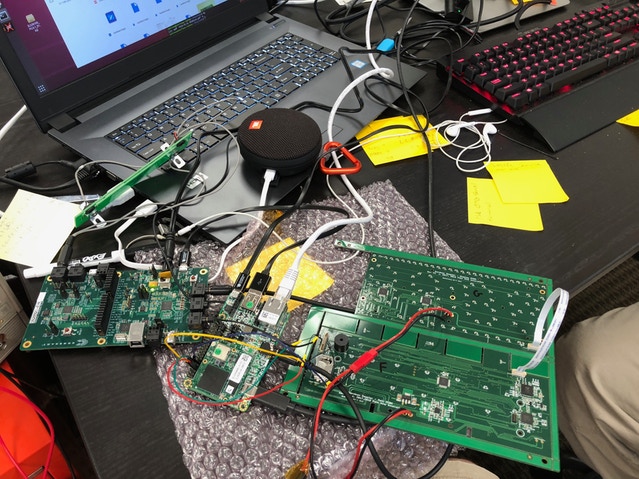 It's messy, but this is a fully working Doppler with DSP!

We then spent 3 weeks researching anything and everything we can about the DSP, its drivers, and ripping out and replacing the audio system of the Doppler. This last step required changing about 50% of the main board (the button board) as about half of that board is dedicated to the DSP, the microphones, and the Doppler's audio output. The latest revision of the boards will be going out to the board assembly house next week and when they come back we should have a fully working Doppler with the new DSP properly implemented. This DSP will have to be tuned properly to get the best possible performance but we anticipate that it will work well and get the Doppler a step closer to production.

We fully expect this to feel like a kick in the gut for our supporters and we promise that we feel 100x's worse than you do. It was never our intention to deliver late and we are pushing to get you guys a fantastic product as soon as possible, but shipping this device without a DSP just isn't an option.

Please feel free to send us an email (hi@paloaltoinnovation.com) or sound off in the comments, but, please try and keep them as civil as possible. We are all frustrated!

Thanks again for your patience!